Under the Mayor-Council-Manager form of government, the citizens elect a Mayor at-large from the community. Local elections are held the first Tuesday in November, but the mayoral election only occurs in odd years.

The Mayor presides at all City Council meetings and has a tie-breaking vote when the members present are equally divided. The Mayor also has the power to approve or veto any ordinance, subject to an override of the Council. The Mayor is also responsible for:

The mayor presides over all City Council meetings and signs all ordinances, resolutions, contracts and agreements authorized by the Governing Body.

The mayor also meets with residents, business associates, local and regional elected officials, students, Scouts and city staff members and advocates for the city’s success at every opportunity. The mayor also attends ceremonial duties such as dedications, grand openings, ribbon cuttings, and welcomes for groups meeting in the city. In addition to local efforts, the mayor serves on many boards and commissions in the region to help promote our citizens’ interests in larger discussions.

The current Mayor of Osawatomie is Nick Hampson, former Ward IV Councilmember. Mayor Hampson was elected in the November 2021 elections and sworn into office on January 13th, 2022.

The Mayor’s Office can be reached in a variety of ways. While the Mayor doesn’t have a physical office in City Hall, city staff is happy to assist in transferring messages or requests through regular City Hall channels.

To reach out directly, or if you have a confidential matter, please submit a message via email to [email protected]. The mayor’s email account is managed exclusively by the mayor, while the Osawatomie Mayor Facebook page is co-administered by the Mayor and city staff. 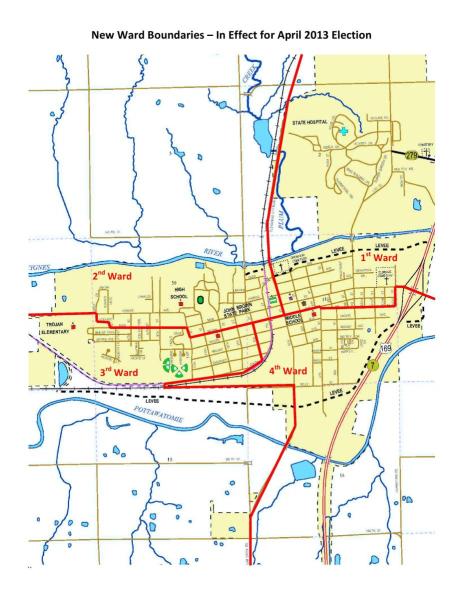 The City Council meets to provide direction to the City Manager and City staff on the business of the City. These issues include financial issues, such as taxes, utility rates and budgets, as well as policy issues such as economic development, public safety, and property standards.